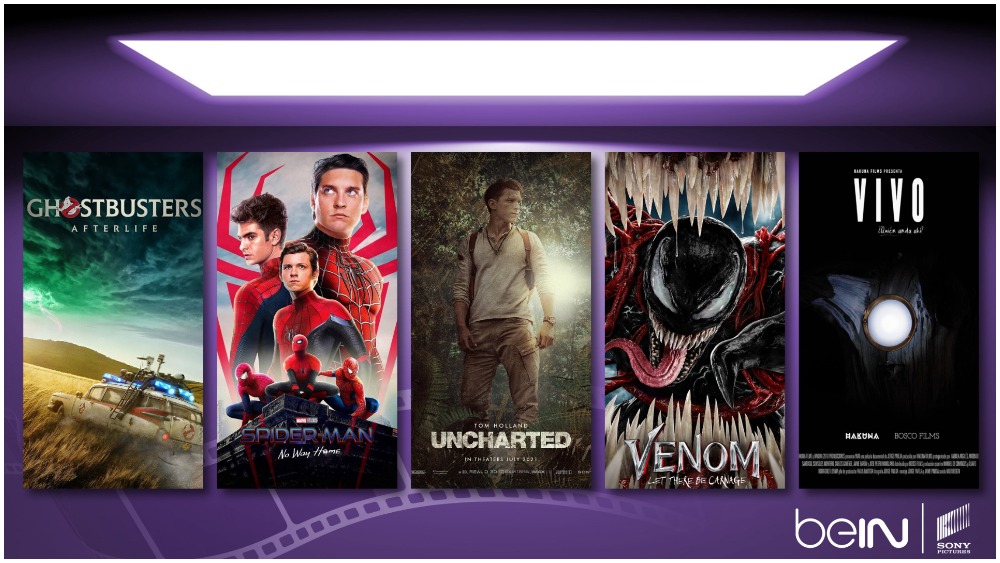 Doha-based beIN Media Group and Sony Pictures Television have partnered on a multi-year content deal covering the Middle East, North Africa and Turkey that will give beIN’s TV outlets a boost.

The major deal with Sony covers first and second window rights to some of the top upcoming Sony titles such as “Spider-Man: No Way Home,” “Venom: Let There Be Carnage,” “Uncharted,” “Ghostbusters: Afterlife” and “Hotel Transylvania: Transformania,” as well as older Sony standouts like “Jumanji: The Next Level,”  “Greed” and “Once Upon A Time… In Hollywood.”

“It is fantastic to announce this deal and extend our strategic partnership with beIN, making them a fantastic home for Sony Pictures Entertainment across MENA and Turkey, and bringing some of our most popular and critically acclaimed film and TV series to the region,” said Mark Young, executive VP of networks and distribution for Sony Pictures Television EMEA, in a statement.

“BeIN is delighted to extend the partnership with a giant of entertainment such as Sony Pictures through this new deal, giving viewers of our dedicated film and series channels access to the latest blockbuster movies and most popular TV productions,” said Mohammad Al-Subaie, acting CEO for beIN MENA.

Olivia Rodrigo’s ‘Sour’ Is One Sweet Entreé Into a Lifetime of Music-Making: Album Review

BeIN operates in 24 countries across the MENA region. Like most pay-TV operators they also have an OTT platform called beIN CONNECT.

In recent months, due to the pandemic, beIN has suffered from a dearth of live sports and the company has been trying to boost their entertainment offering with more films. They hold a 51% stake in Miramax, having sold a 49% portion of the U.S. studio to ViacomCBS last year.

Apple iPad Pro 12.9-inch review: The screen will spoil you

The best iPhone 12 cases you can buy right now