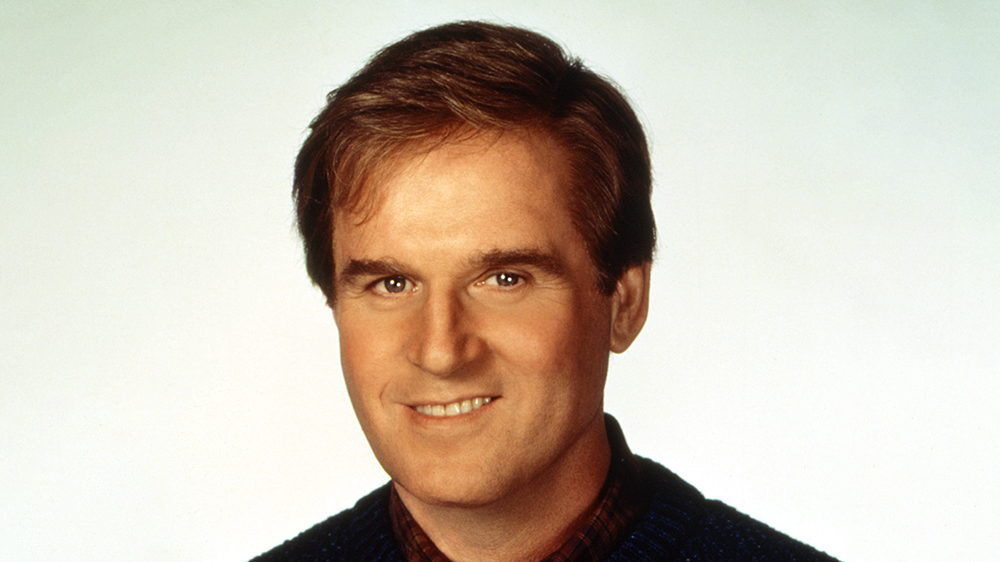 Charles Grodin, best known for the neurotic comic wit he demonstrated in such films as “The Heartbreak Kid,” “Heaven Can Wait” and “Midnight Run” and for his role in the “Beethoven” movies, died Tuesday at his home in Connecticut. He was 86.

The New York Times reported that his son said he died of bone marrow cancer.

After getting his start in television, Grodin graduated to both leading and character roles in motion pictures, usually portraying the exasperated urban neurotic. His dry, understated sense of humor also made him a perfect talkshow guest, and later, host of his own cable show. Grodin also wrote plays and books.

The wry 1972 comedy “The Heartbreak Kid,” written by Neil Simon and directed by Elaine May, highlighted Grodin’s trademark neurotic befuddlement, and won him a Golden Globe nomination. But it was one of the few successful films in his career in which he was center stage.

Another one of his better comic assignments was Warren Beatty’s 1978 “Heaven Can Wait,” in which Grodin, playing the scheming, larcenous lawyer, was paired humorously with Dyan Cannon’s character in adultery and homicide. But he was definitely a supporting player in the film, which starred Beatty and Julie Christie.

The film in which Grodin’s talents were perhaps best utilized was Martin Brest’s 1988 adventure comedy “Midnight Run,” in which he starred opposite Robert De Niro. Roger Ebert said: “De Niro is often said to be the best movie actor of his generation. Grodin has been in the movies just about as long, has appeared in more different titles and is of more or less the same generation, but has never received the recognition he deserves — maybe because he often plays a quiet, self-effacing everyman. In ‘Midnight Run,’ where he is literally handcuffed to De Niro at times, he is every bit the master’s equal, and in the crucial final scene it is Grodin who finds the emotional truth that defines their relationship.”

Grodin made his Broadway debut in 1962’s “Tchin Tchin”; he was in a supporting role but was singled out for praise. It was followed by another comedy in 1964, “Absence of a Cello.”

Two years later he co-wrote and directed an Off Broadway musical spoof, “Hooray! It’s a Glorious Day….And All That.” He then directed Joe Bologna and Renee Taylor’s successful “Lovers and Other Strangers.”

He was hired and fired from Bruce Jay Friedman’s “Steambath,” as were several other actors. For television he directed a special for Simon and Garfunkel in 1969 and “The Paul Simon Special” in 1977; for the latter he won a shared Emmy for writing.

Grodin made his film debut in the little-seen “Sex and the College Girl” in 1964, after which he turned down the lead role in “The Graduate,” which made Dustin Hoffman a star. His real film debut was a supporting role as a doctor in 1968’s “Rosemary’s Baby.” The next time “Graduate” director Mike Nichols asked him to appear in a movie, Grodin said yes, though the film was the less-than-successful “Catch-22.”

Grodin began to emphasize writing and directing more than acting but, in 1972, Elaine May convinced him to take the lead in “The Heartbreak Kid,” to which he particularly well suited.

His 1974 effort “11 Harrowhouse,” a caper-film spoof, was a failure, and Grodin fell back into directing Bologna and Taylor’s Emmy-winning “Acts of Love and Other Comedies,” starring Marlo Thomas, whom he directed the following year in the Broadway comedy “Thieves.” He later starred in the film version along with Thomas.

In 1975 he starred on Broadway opposite Ellen Burstyn in “Same Time, Next Year,” though he was passed over for the film, which starred Burstyn and Alan Alda. He next produced and directed the Broadway comedy “Unexpected Guests” and appeared to comic effect in the big-budget remake of “King Kong” and in 1978’s “Heaven Can Wait.”

Over the next decade he starred in a number of successful films, often in support, playing a variation on his comic persona. He toplined in 1979’s “Sunburn” and Albert Brooks’ 1979 mockumentary “Real Life.” He starred in the comedies “It’s My Turn” and “Seems Like Old Times” as well as with Lily Tomlin in “The Incredible Shrinking Woman.” He co-starred in two Steve Martin vehicles, “The Lonely Guy” and “All of Me” (which also starred Tomlin) and in Gene Wilder comedy “The Woman in Red.” He wrote the Hollywood spoof “Movers and Shakers,” in which he co-starred with Walter Matthau in 1985. Later in the decade he appeared in “The Last Resort,” the disastrous “Ishtar” and “The Couch Trip.”

Russia refuses to allow European planes to land in Moscow

During this period his biggest hit by far both commercially and critically was “Midnight Run,” in which he starred with Robert De Niro.

Grodin’s return to the stage in 1990 in “The Price of Fame,” which he penned and starred in Off Broadway, did not succeed, and he went on to pen one-act play “One of the All-Time Greats,” which was produced in 1992.

He had a memorable supporting role as Kevin Kline’s sidekick in 1993 hit film comedy “Dave.” Other films from the ’90s included “Heart and Souls,” “Taking Care of Business” and the sleeper family comedy “Beethoven” and its first sequel. He also appeared in “The Great Muppet Caper” and “Clifford” opposite Martin Short.

As an author, Grodin had a number of healthy performers including his 1989 autobiography “It Would Be So Nice If You Weren’t Here,” his 1992 comic observation “How to Get Through Life” and his behind-the-scenes “We’re Ready for You, Mr. Grodin,” published in 1994.

Because of his numerous talkshow appearances over the years, in which he often launched into mock arguments with his hosts, King World Syndicate offered Grodin his own show, which debuted in 1994. He moved over to CNBC in 1995 and hosted his own primetime show for a few years. Many of the guests were personal friends, and the show received good reviews.

The actor returned to the bigscreen in 2006 after a 12-year absence for the comedy “Fast Track,” and his play “The Right Kind of People” was staged Off Broadway the same year.

He appeared in director Barry Levinson’s film “The Humbling,” with Buck Henry having co-scripted an adaptation of Philip Roth’s novel. It was released in January 2015 and starred Al Pacino as an aging actor named Simon; Variety described Grodin’s performance as “deliciously sardonic,” as he looks “like the cat who ate the canary — along with the entire birdcage — as Simon’s long-suffering agent.”

Grodin also had a supporting role as a documentary filmmaker in director Noah Baumbach’s “While We’re Young,” released in 2015.

He also apppeared in ABC’s 2016 “Madoff” miniseries, playing Carl Shapiro, a Boston philanthropist who was one of Madoff’s earliest investors and eventually had to return $625 million.

Charles Grodinsky was born in Pittsburgh and was valedictorian of his class at Peabody High School. He decided to pursue a career in the theater, he once told a reporter, after seeing “A Place in the Sun.” He studied acting at the University of Miami for half a year and then received a scholarship to the Pittsburgh Playhouse School of the Theater. By the mid-’50s he was appearing in summer stock in his home state. He tried Hollywood briefly, then moved to New York with the intention of studying at the Actors Studio. He failed his initial audition but went on to study under Uta Hagen for three years, supporting himself with odd jobs. Through a introduction to Lee Strasberg he was admitted to the Actors Studio in 1959.

He is survived by his wife, Elissa, and two children.