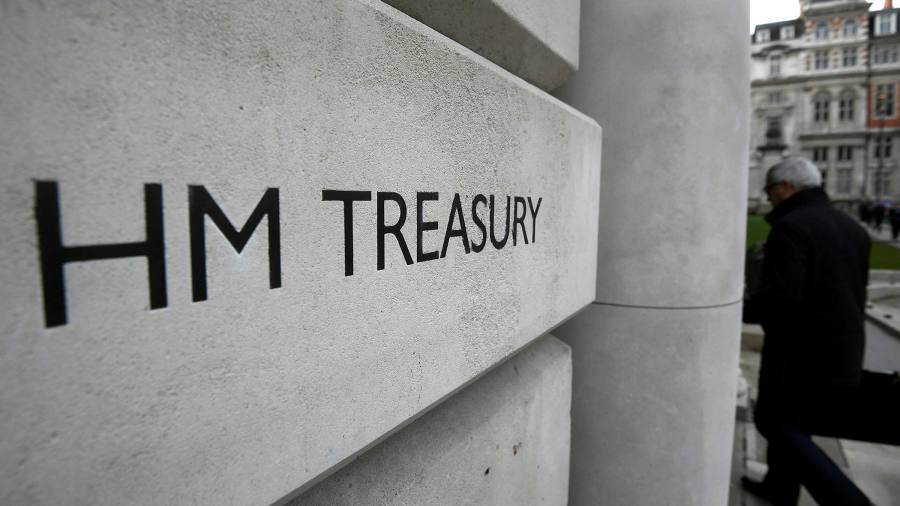 The figure, the first for the 2021/2022 fiscal year, was the second highest for April borrowing since monthly records began in 1993, but £15.6bn less than in the same month last year. It was higher than the £30.9bn forecast by economists polled by Reuters, but undershot the Office for Budget Responsibility estimates of £39bn.

Public borrowing for the fiscal year ending March 2021 was revised down by £2.8bn, but remained the highest since the second world war, laying bare the cost of the government support to the economy during the pandemic.

The ONS revealed that central government bodies spent an estimated £96bn on day-to-day activities in April. That included spending on the furlough scheme that still protects millions of jobs.

At the same time central government tax receipts were estimated at £58bn, up from April last year but low by historical standards.

Michal Stelmach, senior economist at KPMG, said that the improvement of public finances might be quicker than after the financial crisis, when the deficit took five years to halve from its peak.

“In this crisis we may already see that happen next year, once the support schemes come to an end, although a full return to pre-Covid state of finances could take longer,” he said.

Tens of thousands of Brazilians march to demand Bolsonaro’s impeachment

Clean Freaks Can't Save These Stocks

Mussed Layers Are Trending, And They'll Give You Instant Cheekbones

I'm Not Afraid To Be Open, Honest': The Bachelor Star Cassie Randolph Reveals She...

Biden ‘Leads from Behind’ on Opening the U.S.–Canada Border